Gilda and Harvey Freeman, residents at Baycrest Terraces met in the Summer of 1958. Gilda was just 20 years old; Harvey was 29. A mutual friend arranged a blind date and, not knowing much about each other, they joined Harvey’s friends at a night club in the beaches in east Toronto.

Gilda was intrigued with Harvey. He was older, handsome, and sophisticated. She says she tried hard to show him she was just as sophisticated, confident, and knowing, despite her youth.

Harvey recalls his first impression of Gilda was of a lovely, sociable lady. He too was anxious to impress on that first night but kept his cool. His strategy worked because Gilda became smitten with him, though she says she lacked confidence
and was intimidated by his age and maturity.

A few more dates followed, but in August Gilda went off to hike around Europe and Israel with two of her girlfriends. This trip changed her life. She gained confidence, gathered life experience, and felt she had discovered her “sophisticated self.” The trip, she recalls “changed our image” among her group. As word of their exotic jaunt spread, the young women, as Gilda likes to say, “became date bait.”

Soon she and Harvey reconnected, and this time Gilda wasn’t so easily intimidated. They began dating occasionally in October and the relationship blossomed quickly.

The two got married in late Winter, 1959, and created a life together that brought them four “perfect children,” three girls and a boy, Gilda says with excitement and pride. Now, after 63 years of marriage, their bond is as strong as ever and they continue to support each other through the ups and downs that life has in
store for all of us.

Gilda and Harvey admit that a relationship is never easy. It takes a lot of work and when asked about the secret of their successful love story, they share three pieces of advice.

1. Possibly the most important piece of advice
is to be patient with one another and patient with life. Things get tough but that’s never stopped these two. At times Harvey was gone for weeks due to his ever-changing career, while Gilda was at home raising their children. It wasn’t
easy, but patience helped.

2. Take time for yourself. Although it’s nice to have your loved one around, too much time together tends to create bickering
and arguments. Togetherness 24/7 is not healthy for a relationship.

3. When times get tough don’t be afraid to ask for help. Be willing and open to reaching out for support and advice. It takes courage to discuss issues with your partner, but Gilda and Harvey agree that we’re all human and there’s no harm in reaching out when you need help.

Happily married after six decades and living at Baycrest Terraces for just over a year and a half, both Gilda and Harvey also cannot stress enough the importance of just having fun. Gilda says a good sense of humour is the key for survival. You can’t take life seriously and it’s best if you embrace irony.

For Gilda and Harvey, the love story continues. 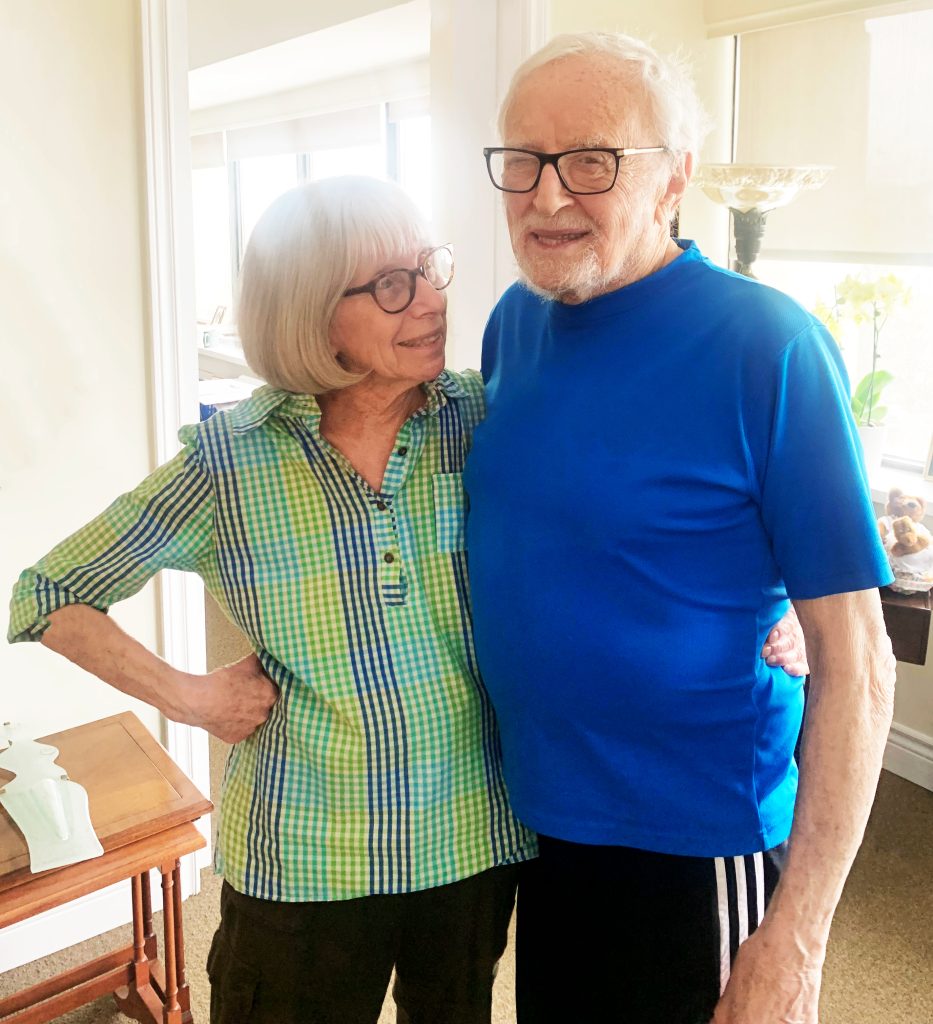